Home > 2010 > News Stories > Nathan Littauer Ahead of the Pack: Most Connected Hospital in the Region

Nathan Littauer Ahead of the Pack: Most Connected Hospital in the Region 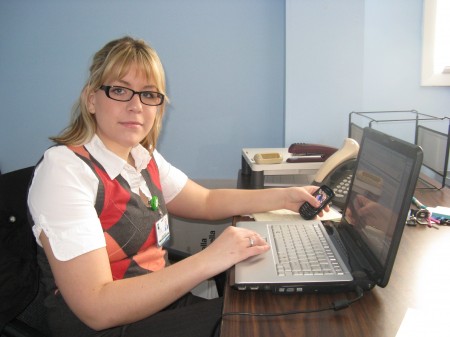 Gloversville, NY…You may be surprised to hear that the hospital with the largest social networking system in the region is Nathan Littauer Hospital in Gloversville, NY. “We wanted to build an information platform not just a website.” stated Laurence E. Kelly Hospital President and CEO. He added, “We have a lot of information and good news to share here and we saw social media as just one more way to reach our vast audience.” He explained, “Also, we wanted people to know that we embrace new technology in a myriad of forms, be it in social media or in medicine.”

“According to our research, we are the only hospital in the region with a blog, Facebook site, a Twitter account, and YouTube channel.” stated Cheryl McGrattan Hospital Spokesperson. To date, the hospital also has the largest amount of “Friends” of any local hospital. Their findings are also supported by Ed Bennett who maintains a national website devoted to hospitals using social media. (www.ebennett.org). According to Ms. McGrattan, “It makes good sense to use these tools. All 14 hospitals listed on the 2010-2011 U.S. News Honor Roll are using social media. And 78% of the larger Best Hospitals List are also engaged on Facebook, Twitter and other social media sites.” (E. Bennett). The hospital also created a microsite using social media (radiologyrevolution.com) to highlight their diagnostic capabilities, a tool many large corporations use to promote a product.

The hospital’s efforts recently caught the attention of social media guru Jason Falls who wrote about Nathan Littauer Hospital in his blog. (http://www.socialmediaexplorer.com/) . The blog is followed by 50,000 people. Jason Falls said, “Organizations like the Nathan Littauer Hospital are doing a great job of pushing media relations into a new era. While social media is often focused on serving the end consumer audience, Nathan Littauer’s communications team is using new media tools to continue to serve traditional media as well. They’re a good example of what the evolution of PR looks like in 2010.”

To reach their social media goals, the hospital employed a Social Networking Technician, Sarah Katz. In five short months, Sarah has built a social media platform consisting of Facebook sites, videos on YouTube, Twitter and has created a network of devoted fans. She describes, “For a conservative industry like health care, Nathan Littauer did not have to be dragged kicking and screaming into the social media world.” She added, ‘For that I give Nathan Littauer a lot of credit”.

“It seems to be working.” According to Sue Kiernan, “Social media is an additional touch point for Nathan Littauer.” She explained, “One afternoon we heard from a woman in Ohio on our Facebook site whose mother had been a resident in our nursing home. She wondered if anyone remembered her mom. We quickly contacted the nursing home and were able to get word to her that her mother was very well thought of and remembered by several staff. She was so touched by our response. That type of interaction is not seen in a mere website alone.”

“Everyone here has really embraced this initiative” stated Sarah Katz. “Staff have submitted wellness tips which we post every week. We have posted videos of what our diagnostic testing is like, we created photo albums showing the construction progress of our new Emergency Center, and we have videos of physical therapists giving instruction on how to stretch before a round of golf.” The hospital also launched a Facebook campaign, “100 Reasons to get a Mammogram”, in which the hospital asked their Facebook fans to submit reasons why they or a loved one should get a mammogram. Sarah notes, “The campaign was extremely quick and successful. We had responses from politicians, local celebrities, doctors and business leaders.” We are also launching a YouTube series which demonstrates how to eat well on the run.

What is next for the hospital? According to Sue Kiernan, “Right now we are completing a project in which we will try Tweeting births in our new Birthing Center. Beyond that I can only say, ‘Become a fan on our page and you will be the first to know about our plans for the future’.”