AMSTERDAM — Since second grade, Thalia Leon, 18, has to deal with her severe asthma.

Even going up a flight of stairs can force her to stop and try and catch her breath. She’s been using her asthma inhalers daily.

On Friday, however, she spoke with Dr. Maruthi M. Sunkara, a pediatrician certified in asthma education at Nathan Littauer Hospital, about her condition.

He told Leon to ask her doctor for a different sort of medication, and to also find out what could possibly be triggering the asthma, such as dust or pollen. He handed her information that could also help her.

This was a common scene at the second annual SummerFest that was held at the lot at Centro Civico and sponsored by Nathan Littauer.

The clouds gathered overhead. The wind was cold. But again and again, people from the community would arrive, and ask for more information at one of the many vendors dedicated to healthcare and health services.

“There’s not much to do in Amsterdam so it gives kids a chance to get off the streets and have fun,” Leon said.

There were 30 vendors at the event, including St. Mary’s Healthcare and Wal-Mart, who provided free vision screenings.

SummerFest, according to Fabrizia Rodriguez, director of community development initiative at Centro Civico, is a way for people in the community to know what resources are available to them, and for the providers to get to know the community as well.

Laurence E. Kelly, president and CEO of Nathan Littauer, said that being at the event was a way to spread information and help people figure out how to access healthcare.

“It’s nice to be out of the office and in the community,” said Janis Freeman, a nurse practitioner at Nathan Littauer. She was at the event sharing information about the threat of skin cancer.

The event, which lasted from 1 to 7 p.m., also included music and food, from empanadas to collard greens.

And of course, bouncey houses for the kids.

There was also a long line for free school supplies, since the school new year is right around the corner.

For Elvira Ramos, who was with her 9-year-old son, Christopher, the event was useful. Her nephew Brandon Ramos, and her mother-in-law, Gloria Vega, both visiting from New York, were also at the event.

Elvira Ramos had gone to almost every healthcare vendor and felt she could share the information she learned that day with other people she knew.

“They should do this more often,” she said.

It was Antonio Diaz’s first time at the event. He didn’t have a primary care provider but he spoke with those at the booth for Fidelis Care. He made an appointment for next week with Fidelis to discuss getting health insurance.

PHOTO: Children pose as future doctors in a cut-out by the Nathan Littauer Hospital at Central Civico’s Summerfest 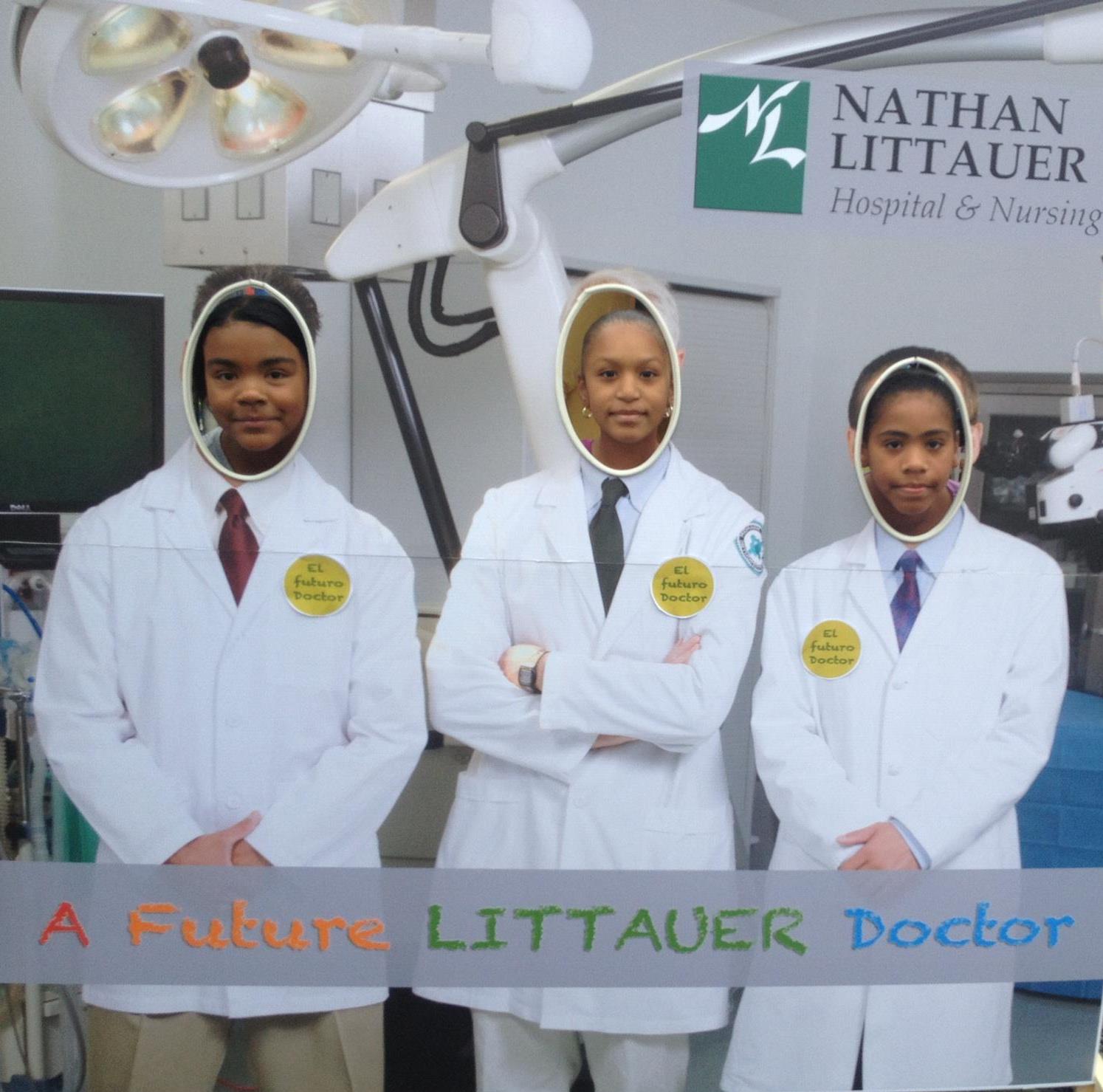