The deer-tick population has gone up in the region, increasing the prevalence of Lyme disease, local health officials say.

“Montgomery County is along the leading edge of where there is a noted increase in deer-tick infection,” Conboy said in an email. “Lyme disease has been spreading north and west from the Hudson Valley.”

In some cases, a deer-tick bite can lead to Lyme disease.

Cheryl McGrattan, a spokeswoman for Nathan Littauer Hospital in Gloversville, said she has seen an increase in cases of people coming to the hospital with tick bites.

“Primarily, what our primary care centers are seeing are people who want help with tick removal, or they have taken the tick out but haven’t gotten all parts of it, or want to be checked for Lyme [disease],” McGrattan said.

She said doctors are reporting more tick activity this year over last year.

Nathan Littauer Hospital is a TickEncounter Prevention Partner, working with the University of Rhode Island to help prevent the spread of tick-transmitted disease.

“In general, there are, throughout the Northeast, more ticks in more places, in particular more deer ticks,” Mather said.

Mather blames the spread on an increase in the whitetail deer populations.

Deer and mice carry the ticks.

“They serve not to spread disease, but as the blood meal of the adult stage of the ticks,” Mather said.

Deer ticks can be found in shady, moist ground litter, and above the ground clinging to tall grass, brush, and shrubs.

Dr. Mark Will, a veterinarian with Glove Cities Veterinary Hospital, said he has seen the number of dogs with ticks increase over the last decade.

“Every year has been worse than the year before, and this has not changed,” Will said.

Will said pet owners should check their pets for ticks regularly.

The state Department of Health says if you find a tick attached to your skin, remove the tick with tweezers and watch for the symptoms of Lyme disease.

In 60 percent to 80 percent of cases, the first symptom of Lyme disease is a rash at or near the site of the bite in a “bulls-eye” circular patch or solid red patch that grows larger.

Around the time the rash appears, other symptoms, such as joint pain, chills, fever and fatigue, can occur. As Lyme disease progresses, severe fatigue, a stiff neck, tingling or numbness in the arms and legs, or facial paralysis can occur, according to the Health Department.

The virus is a mosquito-borne infection that can cause serious illness.

The presence of West Nile virus was confirmed recently in a mosquito pool in Rockland County. There were traces of West Nile virus in Fulton and Oneida counties in 2013, according to the state Department of Health. In Saratoga and Albany counties, there were cases of people testing positive for the disease.

According to the state Department of Health, no cases of West Nile were reported in Fulton or Montgomery counties between 2010 and 2012.

West Nile is primarily transmitted through the bite of an infected mosquito.

Many people who contract West Nile virus do not experience any type of illness, according to the state DOH. An estimated 20 percent of people who become infected will develop mild symptoms including fever, headache and body aches, and possibly a skin rash or swollen lymph glands. 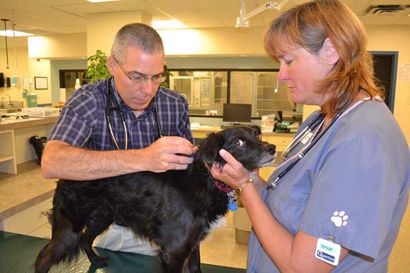