The American Hospital Association’s Matthew O’Connor reached out to Littauer after hearing about our gastroenterology campaign – his story is in the this months issue of the associations Health & Hospital Networks. 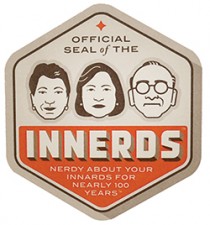 Matt O’Connor
Unable to make a dent in colon cancer patients’ mortality rate through traditional means, a small hospital in upstate New York is adding a new ingredient to its approach: humor.The 74-bed Nathan Littauer Hospital found its home county of Fulton was near the national average for incidence, but had a higher than average mortality rate. Leaders there decided to look at their gastroenterology department, and specifically its colonoscopy procedure — or lack of procedures in this case. They staffed up from one gastroenterologist to three and opened a new endoscopy center, but something was still missing.

“Everyone knows that nobody wants a colonoscopy,” says Laurence Kelly, president and CEO of Nathan Littauer Hospital, in Gloversville, N.Y. “We said, ‘Let’s do something different and creative to get people’s attention,’ and it certainly has worked.”

That’s where their humorous colonoscopy initiative comes in. Patients who schedule a colonoscopy receive a notepad filled with quizzes, puzzles and a space to write “a haiku about #2” for their frequent trips to “the office.”

The real draw is that each patient who schedules a colonoscopy gets a pint glass with tick marks to help measure out his or her laxatives for the procedure. It also makes a great beer glass for later.

The program is only five months old, but many are optimistic it will help to bring the hospital’s colon cancer rates down, including Nathan Littauer gastroenterologist Kamini Ramani, M.D., who some patients call “Dr. Innerds” because of the logo on the pint glass. “I’m hopeful we will reach our goal and at least get near the national standard,” she says.

Hospitals don’t often employ humor to tackle such serious issues, but Kelly believes it has made all the difference. “Listen to ideas that are out of the box,” he says. “You think your usual efforts will work: this is science, this is medicine, it’s preventive and the right thing, so people would say, ‘Yes, sign me up’ — but it just doesn’t work that way.”