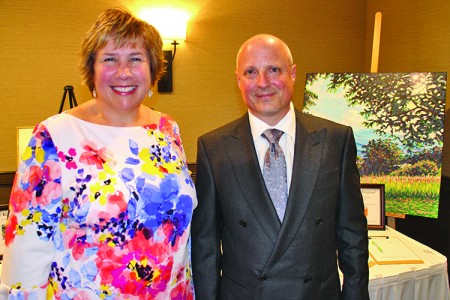 Great coverage, here’s what The Fulton County Express had to say about Littauer’s EVENT:

JOHNSTOWN — Supporters of Nathan Littauer Hospital wandered through a garden themed Holiday Inn in Johnstown Friday night during The Event fundraiser.
Held annually for more than 15 years, the gala draws hundreds from around the region to enjoy an evening of sophistication and elegance while raising funds for hospital projects.
According to NLH’s Vice President of Development Geoff Peck, The Event drew more people this year than ever. More than 290 attended, breaking the previous record of 220. 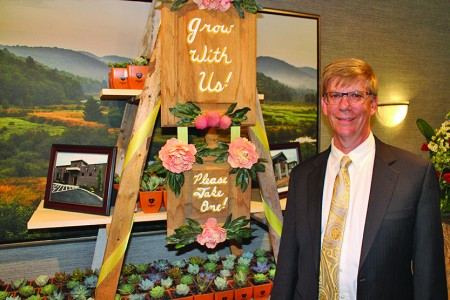 President and CEO Laurence Kelly greeted guests upon arrival. He stood next to a display of succulents with a sign that read “Grow with Us” and encouraged guests to take a plant home. The theme of the night was garden party, and it was designed by Broadalbin native artist Deb MacFarland. The floral arrangements were done by Studio Herbage in Johnstown.
“This is by far the largest turnout,” Kelly said. “It’s great that the community is here to support the hospital. It’s heat warming to be in a community like this that is so supportive.”
Attendees of the event enjoyed food catered by the Holiday Inn and drinks at the bar. A silent auction of donated items gave participants a chance to bring something home with them while also contributing to the fundraiser.
State Assemblyman Marc Butler and Dottie MacVean made an appearance, among other officials such as Gloversville Mayor Dayton King. The officials mingled with hospital staff and area residents — with a common cause of raising funds to support the capital costs of NLH’s recently opened Gloversville Dialysis Center and soon to be opened primary care center in Fonda. Peck said the event generally raises $100,000.
“A lot of people have been interested in the projects we’re working on,” Peck said. “This is the first time dialysis has been offered in Fulton County and we’ve had a lot of support from the community in bringing a new service here that affects so many people.” 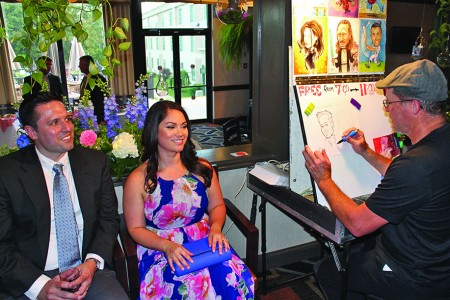 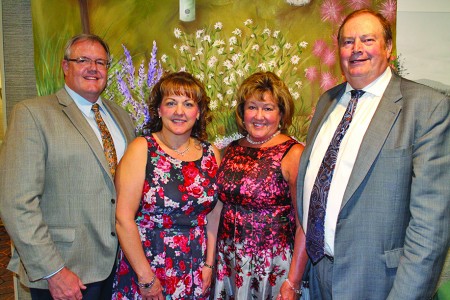